Tufano’s Sampdoria win their seventh in a row, overcoming Atalanta 2-0 in Primavera 1 TIMVISION 2021/22

Taking place at a wet Bortolotti Samp were quick off the starting blocks the Di Stefano-Leonardi attacking duo causing the hosts’ defence issues from the get-go. After only five minutes Leonardi set up Oliveri only to see his effort thwarted by Dajcar. Seven minutes later Di Stefano tried his hand with a long-range effort only to see it deflected out for a corner. In an effort to counter the tide the home side tried to find the net through Pagini but his tame header was easily saved by Saio. The best chance of the first half fell to the lively Di Stafano but Dajcar was once again equal to it. Both teams headed into the half time break all-square.

Atalanta headed back out for the second half with renewed energy and came very close with Pagani’s attempt hitting the woodwork. Samp, feeling relived for having escaped the danger, dusted themselves down and found the breakthrough through Leonardi 61 minutes into play. It came from a corner kick whipped in by Paoletti and met with aplomb by Leonardi, nodding past Dajcar. Atalanta tried to muster a reaction but were met by a Samp defence which stood firm throughout. As the game came to a close the visitors sealed the game through a close-range Di Stefano strike.

Samp go away with three priceless points and now sit on 35. Next up is another match against today’s opponents; the quarter-finals in the TIMVISION Cup on Wednesday, this time at home. 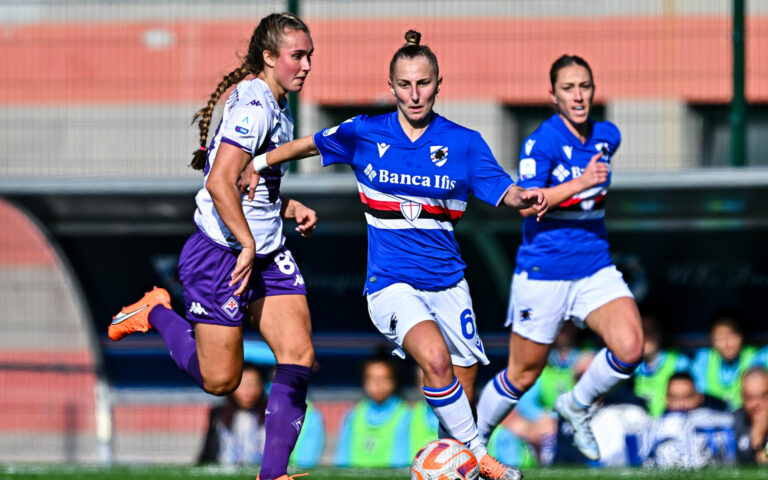