Samp Women beaten by Roma at the death

Samp Women beaten by Roma at the death

An unfortunate own goal in the dying seconds denied Sampdoria Women what would have been a precious point against Roma, who ran out 2-1 winners in Bogliasco.

The high-flying Giallorosse started the game on the front foot and Lazaro had the ball in the net after just three minutes, only for it to be chalked off for offside.

The Spaniard did get the opener ten minutes later, however, when she turned in the loose ball after Tampieri had saved Serturini’s initial shot.

Roma then had another goal (rightly) disallowed for Ciccotti’s handball as the sides went in at the break with the visitors 1-0 up.

The second half began with Roma still in the ascendancy but the Blucerchiate got themselves level shortly before the hour mark when Tarenzi fired home though a crowd.

The captain almost made it a quickfire double, only to be denied by Caesar in the Roma goal.

The visitors then regrouped and in the final minutes laid siege to the Doria goal. Antonio Cincotta’s girls stood firm and thought they had done enough to claim a point but in the last minute of stoppage time Giugliano’s shot took a deflection off Novellino and ended up in the back of net. 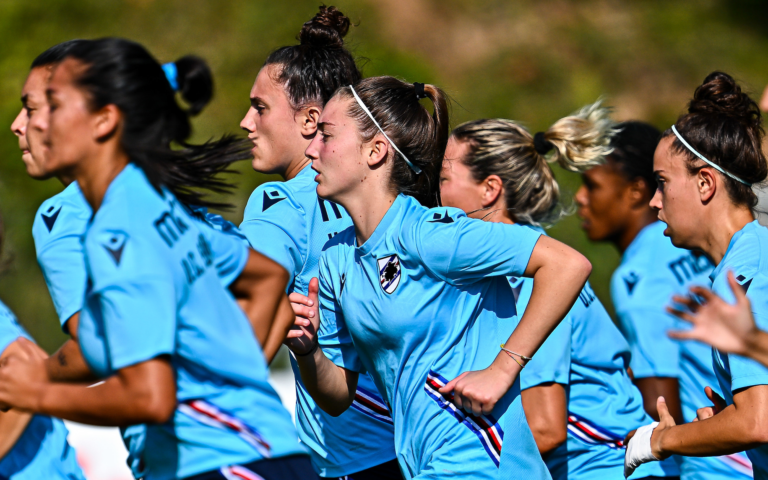 Samp Women train ahead of Verona 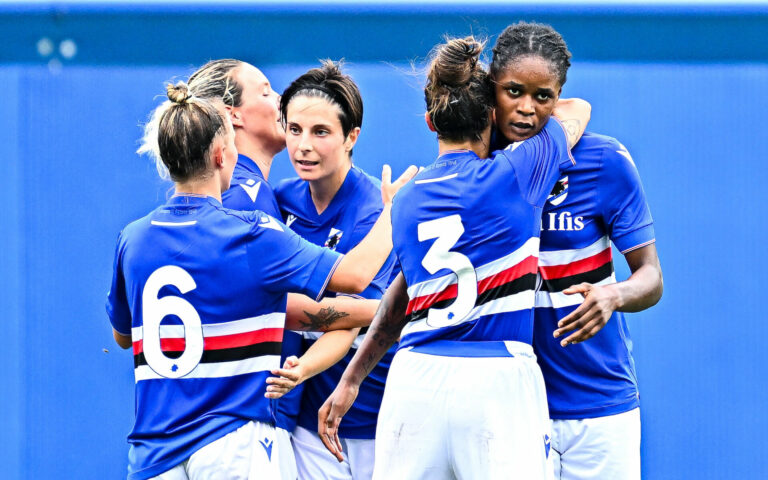