The Blucerchiate suffered their second defeat in a row on Saturday as they faced Fabio Ulderici’s Empoli side at home. It was all tied at half-time at the Garrone in Bogliasco, with one goal apiece, but the visitors grabbed two goals in two minutes in the second half, bringing the final scoreline to 1-3.

It was the team from Tuscany that made the best start, hitting the ground running and breaking the deadlock within ten minutes. Aurora De Rita latched on to a good ball from Melissa Bellucci to slot it past Amanda Tampieri. The Blucerchiate responded well, as Stefania Tarenzi went close to drawing her team level on 20 minutes. She looked like Sampdoria’s most dangerous player and it was her assist a few minutes later that allowed Ana Lucia Martinez to score her third goal of the season. The Blucerchiate continued to create lots of chances in the first half, but the score remained level as they went into the break.

Empoli came back out firing on all cylinders in the second half and Samp struggled to contain them. Eventually, they couldn’t hold out any longer and succumbed to two goals in the space of a few minutes, with Norma Cinotti and then Asia Bragonzi heading the ball past Tampieri on 76 and 78 minutes respectively. Despite their best efforts, the Blucerchiate couldn’t find a way back and the game ended 1-3.

Sampdoria will hope to get back on their feet in two weekend’s time as they travel to Roma for the penultimate league game of the season. 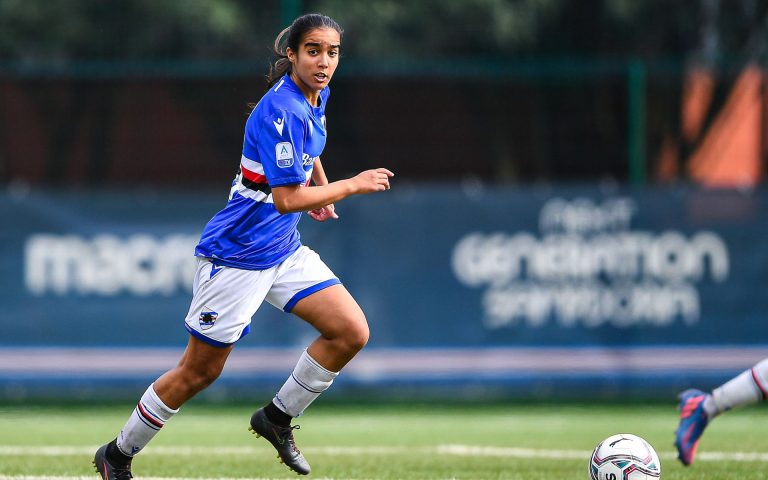