Samp continued their swashbuckling home form as they swept aside Pescara in the Coppa Italia to take their place in the last 16, where they will face Fiorentina.

Dawid Kownacki (two), Gianluca Caprari and Gaston Ramirez all found the net in a 4-1 victory to make it nine wins on the bounce at Marassi for Marco Giampaolo’s men.

The Blucerchiati shot out of the blocks and virtually had the result in the bag inside the first 10 minutes. One minute and 18 seconds after the opening whistle, Dawid Kownacki was in the right place at the right time to poke home Valerio Verre’s knockdown and hand us the perfect start.

Moments later, Caprari wasted a gilt-edged chance to make it two as he fired wide when clean through on goal. It only delayed the inevitable, though, because in the 9th minute Kownacki lofted over a delightful delivery for Gaston Ramirez to head into the back of the net.

Caprari was determined to make up for his miss against his former employers and succeeded in doing so just after the half-hour mark. He and Ramirez exchanged a couple of clever passes and when the Uruguayan was bundled off the ball on the edge of the box the Italian collected it and smashed in Doria’s third of the night.

The visitors attempted to muster a fightback and Marco Carraro forced the first save out of Christian Puggioni on 36 minutes. The goalie beat away the resulting corner then Nicola Murru got his body between ex-Samp man Hugo Campagnaro and the goal.

Francesco Zampano, who came through the Doria youth ranks, tested Puggioni again soon afterwards before Simone Ganz was presented with a superb opportunity in the box – only for Puggioni to display lightning reflexes and tip his close-range effort over.

The last chance of the half was Dennis Praet’s attempt to catch Mirko Pigliacelli off guard in the Pescara goal but it sailed over. 3-0 at the break.

Ricky Alvarez replaced Ramirez during the interval and was weaving his silky skills within minutes of the restart: the Argentine jinked his way past several challenges only to fire into the side netting.

Down the other end, Ahmed Benali reduced the deficit seven minutes into the half with a shot that deflected off Matias Silvestre.

However, any hopes the visitors had of pulling off an unlikely comeback were dashed when Kownacki notched his second with a powerful finish.

Marco Giampaolo’s side can now look forward to a last-16 encounter with Fiorentina on 13 December. 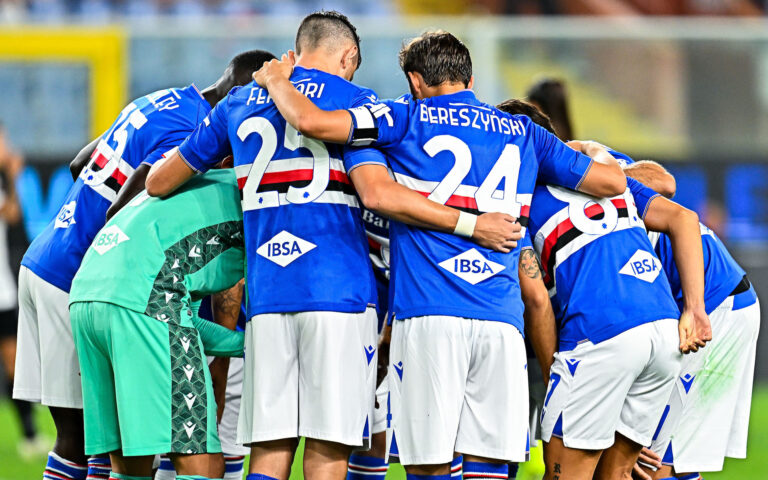