It may have only been a friendly but Samp’s Wednesday-evening clash with Spezia was a welcome indication of how far along Eusebio Di Francesco’s team have come in their pre-season preparations. There were five different scorers as Doria ran out 5-3 winners at the Stadio Picco, earning themselves this latest edition of the Mattia & Ilaria trophy, created in memory of two supporters who sadly lost their lives.

Federico Bonazzoli struck first in the friendly contest, turning on the edge of the area before firing low into the corner with his left foot on 13 minutes. The lead did not last long, as Spezia pounced on a poor attempt by Samp to clear their lines, with Sveinn Aron Guðjohnsen given the easy task of slotting home. On 28 minutes, Gonzalo Maroni made sure Doria went into the first-half interval in the lead, producing a cool, dinked finish after good work from Karol Linetty to set him up.

With less than two minutes of the second period played, Gaston Ramirez extended the away side’s advantage. As Samp surged forward, the ball could not have broken more kindly for the Uruguayan, who was left with time and the goal at his mercy. Vincenzo Pinto pulled a goal back for Spezia from the penalty spot, after a hand-ball just three minutes later.

Samp put the game beyond doubt however with goals from Morten Thorsby and Fabio Quagliarella, who struck within moments of coming on as a substitute. The Norwegian finished well on 55 minutes after a cute assist from Bonazzoli, while Quagliarella planted a pinpoint header into the corner after Fabio Depaoli’s with 20 minutes to play.

In the closing stages Emmanuel Gyasi escaped in behind the Blucerchiati back line to bag a third for the home side, but it was nonetheless a good evening’s work for the team in blue, who face Parma in their final pre-season friendly on Saturday. 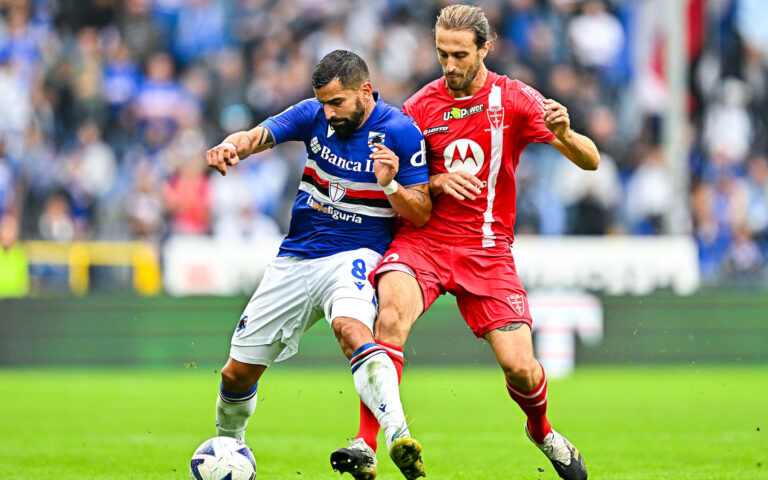