Augello’s wonder strike: “I dreamt of scoring this goal”

Augello’s wonder strike: “I dreamt of scoring this goal”

It’s not every day you see a left-footed screamer like this one. Tommaso Augello’s is a contender for the best goal we’ve seen so far this campaign, all the more so given that it was against Inter, a particularly resolute opponent.

“There’s no doubt Inter are again among the title favourites,” the full-back commented in his post-match interview. “We’re happy with our performance.  We were bold and brave, and we gave everything we had to try to beat them.”

On the balance of things, the defender reckoned that “the draw is a good result though. At 2-2 we ran too many risks, and there were a few times when we could’ve been more careful. We’ll improve in this regard moving forward.”

For a boyhood Inter fan, this goal meant a lot to him: “I’m really happy to have scored: I was dreaming of scoring against Inter,” he noted. “I’m dedicating this goal to my dad, who always helps me out and is there for me in spirit.”

Regarding the team’s progression, Augello offered: “The longer time goes on and the more matches we play, the more we understand what the coach wants from us. We’ve taken on board his footballing philosophy, and we’re trying to put it into practice. We’re yet to fully execute what he’s asking of us, but I reckon we’re on the right track.”

Rounding off, the full-back acknowledged that “the way the fixtures fell didn’t help us, however in any case I think getting two points against these teams is a good return.” 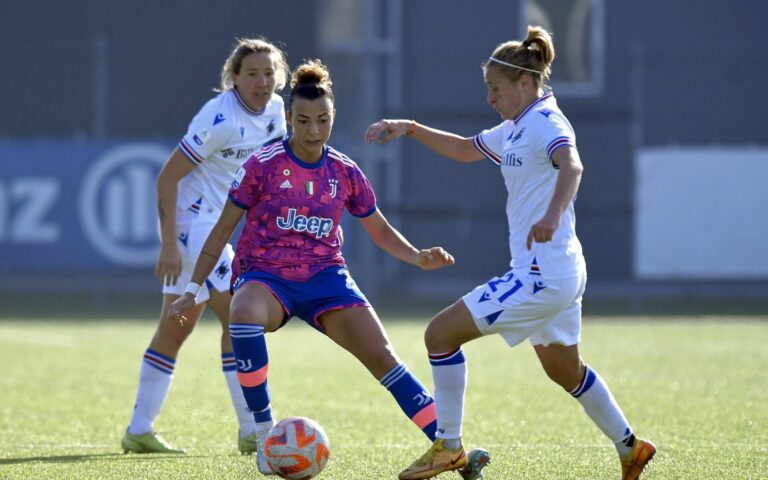