Quagliarella is back: “Every drop of sweat for Samp”

Quagliarella is back: “Every drop of sweat for Samp”

There’s no doubting a player like Fabio Quagliarella, even if he goes 139 days without scoring. Marco Giampaolo said as much before the match against Empoli, and the skipper proved the coach right as he struck a 15-minute brace to clinch a 2-0 victory for Sampdoria.

They weren’t just two ordinary goals either: the double takes the veteran striker’s tally to 100 for Samp in Serie A.

Afterwards, the 39-year-old reflected on a hard-earned win: “It wasn’t an easy match today. Empoli are a team that play good football and make it hard for you. We did well to dig in and score when we had the chance.

“It’s a great win for us and it will give us even more incentive to keep improving as a team. This is the way forward. There will be bumps on the road but we’ll carry on with this mentality.”

On reaching a century of league goals for Samp: “It’s amazing. At home, with the Sud teeming, it’s just an amazing feeling. To score 100 goals in Serie A for Sampdoria is very special indeed.

“I said this when I first came here as a youngster: there’s a special rapport between me and these fans, this club. I’ll give every drop of sweat for Sampdoria.”

Quaglia’s first goal in 2022 means he has now scored in 18 different calendar years – a feat only seven players in Serie A history have achieved, including the likes of Roberto Mancini, Francesco Totti, Roberto Baggio and Gianni Rivera.

“It’s a very proud feeling to see my name on that list,” the No.27 admitted. “We’re talking about footballers who have made football history.” 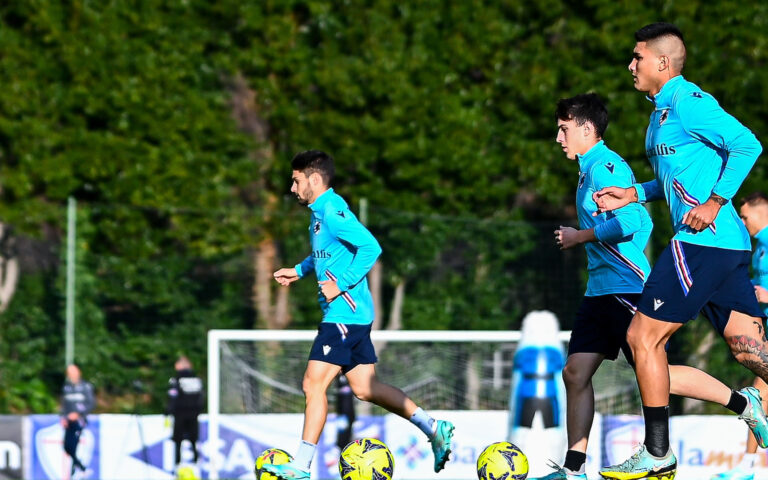